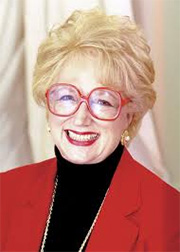 Dr. Betty L. Siegel served as President of Kennesaw State University for 25 years, and at the time of her retirement in 2006, was believed to be the longest serving woman president of a public college in the United States. Recipient of numerous awards for teaching, service, and leadership, including the University of North Carolina's coveted Peabody Award, she has been named Georgia Woman of the Year, been inducted into the Atlanta Business Hall of Fame, and repeatedly cited among Georgia Trend magazine's "100 Most Influential Georgians."  A co-founder of the International Alliance for Invitational Education, she is an internationally and nationally known speaker on ethical leadership and service.